Tag Archive for Interpretation of Dreams

Sigmund Freud made significant contributions to our understanding of how the human mind works (Gay, 1988). Recently, however, his ideas have come under intense criticism. Eysenck (1985), MacMillan (1991), Fisher and Greenberg (1995), Webster (1995), Andrews and Brewin (2000) and Gomez (2005) review the issues (with different degrees of politeness and different conclusions). This post comments on some of Freud’s contributions. 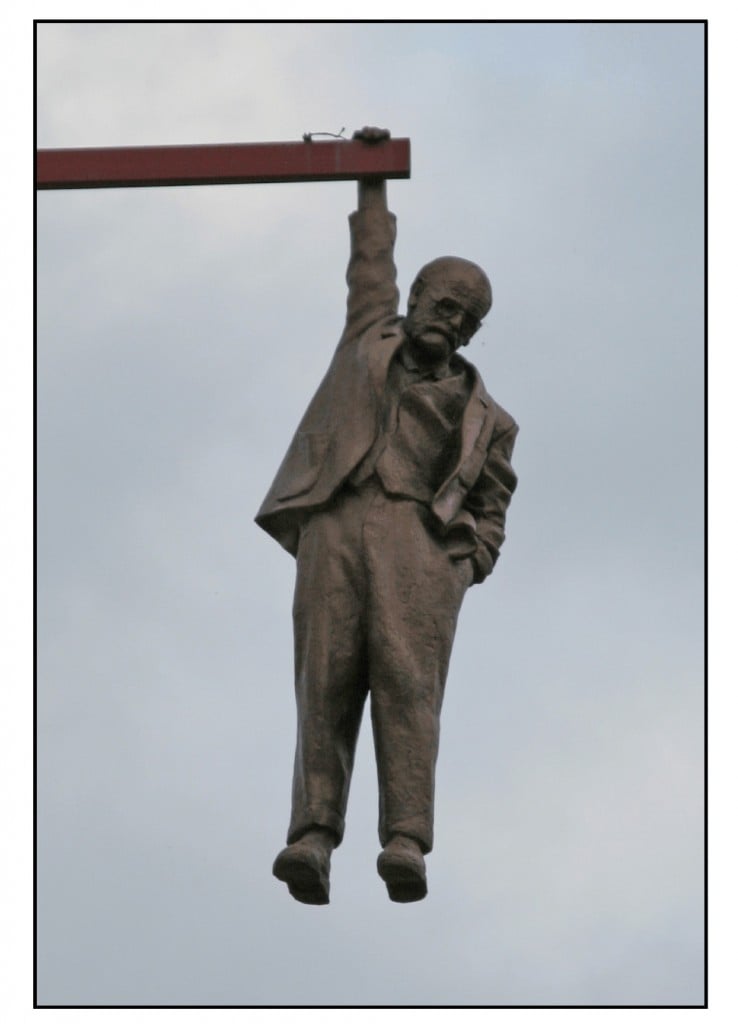 The photograph shows the Czech sculptor David Černý’s Hanging Man (1997) in its original location high above Husova Street in Prague. Copies have since been exhibited in various other cities. It is a life-size sculpture of Sigmund Freud, hanging from his right hand which grasps a beam projecting over the street. He seems unconcerned by his precarious position, his left hand remaining insouciantly in his pocket. Like most artists, Černý is noncommittal about the meaning of his art. According to some, the sculpture may represent the role of the intellectual in modern society. Freud goes often unattended, but when noticed he tends to shock. He considers ideas that are not grounded in the normal world; yet he is comfortable in his own thinking.