Tag Archive for Free Will

Determined to Be Free

Imagine yourself 20 years from now. A brilliant cognitive neuroscientist claims to be able to read your brain and predict your future behavior. She studied with Sam Harris in Los Angeles and then completed her postdoctoral work with Chun Siong Soon and John-Dylan Haynes in Berlin. She knows her stuff and she uses the most advanced technology.

You will be able to press one of five buttons. Before you do so, the neuroscientist will take a scan of your brain, analyse it and predict which button you will choose. She will pay particular attention to the posterior cingulate gyrus and the rostral prefrontal cortex. She is willing to bet you that her prediction will be correct.

If you take the bet, you believe in free will. If you do not, you are a determinist – or in this context a “neuro-determinist.” 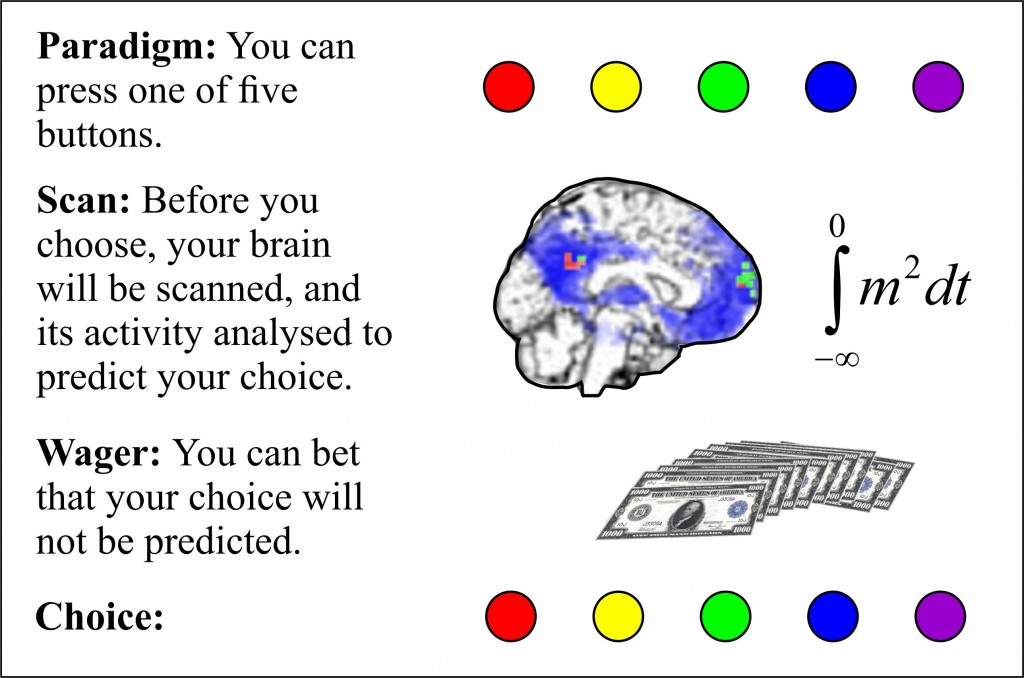 END_OF_DOCUMENT_TOKEN_TO_BE_REPLACED

The concepts of determinism and freedom are nicely illustrated in a philosophical problem originally invented by William Newcomb, a California physicist. The philosopher Robert Nozick published an analysis of the problem in 1969, and since then it has been widely discussed (Nozick, 1969; Gardner, 1973, 1974, 2001; Drescher, 2005, Chapters 5 and 6; Mark in Malaysia, 2009, summarizes the issues on his webpage).

The basic problem is to decide how to act in the following situation. There are two boxes. The first contains $1000. You can see inside this box: the money is certainly there. The second contains either $1,000,000 or nothing. You cannot see inside this box. You can choose (i) to take both boxes or (ii) to refuse the first box and just take the second. A superior being predicts how you will choose and, before you do so, places in the second box either $1,000,000 if it predicts that you will refuse the first box, or nothing if it predicts that you will take both. The choice must be deliberate: it cannot be made on the basis of some random event such as a coin toss. How do you choose – one box or two?

END_OF_DOCUMENT_TOKEN_TO_BE_REPLACED

The Diet of Worms was an assembly of the lords of the Holy Roman Empire called together by Emperor Charles V in 1521. One of the duties of the Diet was to consider whether the writings of Martin Luther were heretical. The Diet marked the point-of-no-return for the Protestant Reformation. Luther’s ringing statement “Here I stand” reclaimed the spiritual freedom of the individual. Henceforth each person could choose to interpret scripture and to commune with God without the necessary intervention of the church. However, Luther’s actual concept of freedom was far more complicated than this. 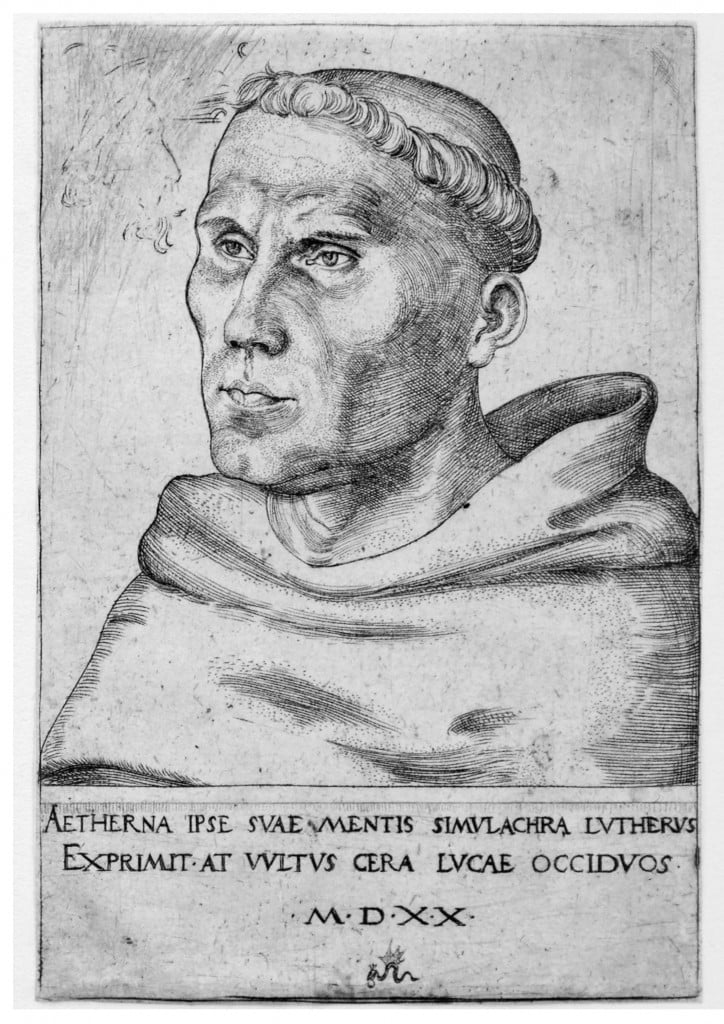 Martin Luther was an Augustinian monk who studied, taught and preached at the University of Wittenberg in Saxony, one of the states of the Holy Roman Empire. The engraving on the right by Lucas Cranach the Elder shows Luther in his monk’s attire. Cranach was the court painter for the Elector of Saxony. He knew Luther well and made several portraits of him. This engraving was used as a frontispiece for several of Luther’s early books. The Latin beneath the portrait states that Luther’s depiction of his thinking was eternal but Cranach’s portrait of his features only transient. At the bottom is a device used by Cranach as his signature – a winged serpent with a crown upon his head and a ruby ring in his mouth.