The wheel has been around since about 4000 BCE (Bulliet, 2016). The first wheels used for transportation may have derived from potters’ wheels used for moulding cups and bowls. Some early wheels were made of stone, but these were soon replaced by wood which was lighter and faster. Around 3000 BCE spokes were invented, and for several thousand years fast-moving chariots with spoked wheels often decided ancient battles.

By the middle of the nineteenth century wooden wheels for carts and carriages had become fully developed (see figure). The rim was made by bending ash to form curved felloes. These were attached to the hub by strong oak spokes, and held in place by a steel tire. 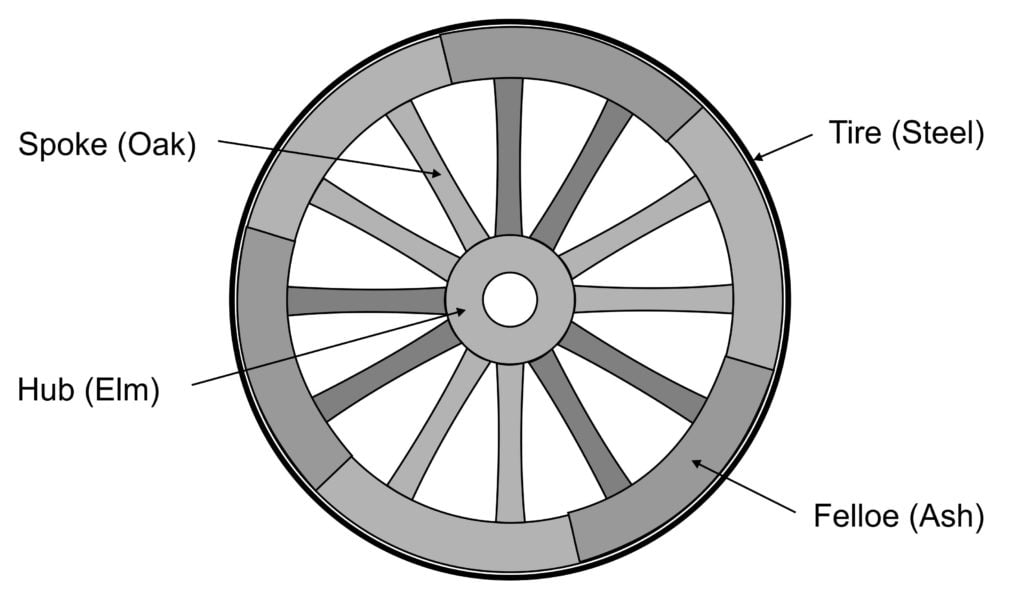 In the last two hundred years the wheel has changed dramatically. Some changes have made the wheels more efficient (working well) and some made them more attractive (looking lovely). The forces driving the changes are thus similar to those that occur during evolution with its survival of the fittest and its sexual selection. However, wheel innovation is controlled by human design rather than random mutation, and the changes have occurred much more rapidly. And, as in evolution, some innovations do not survive: hubcaps and whitewall tires have become extinct.