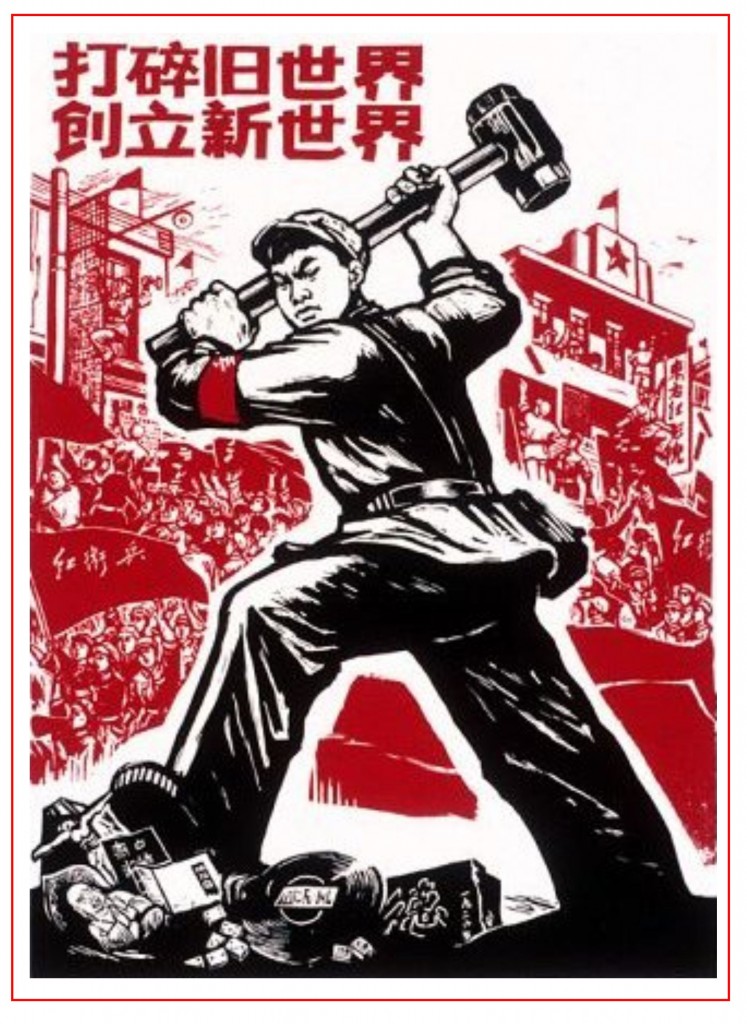 China’s Great Proletarian Cultural Revolution (无产阶级文化大革命 pinyin: Wúchǎnjiējí Wénhuà Dàgémìng) was one of the most terrifying periods in modern Chinese history. The revolution turned upon itself in a fury of denunciation and violence. The goal was to root out those who opposed the revolution. The result was a rampage of destruction. Everything old was to be done away with to make way for the new. Those associated with the old culture were punished or executed. The poster on the right (from Wikipedia) shows the Red Guard in action against symbols of religion, capitalism and culture. The slogan reads “Destroy the old world! Establish the new!” (打破旧世界 dǎ pò jiù shì jiè 创立新世界 chuàng lì xīn shì jiè ). The Cultural Revolution began in 1966, and did not really end until the death of Mao Zedong in 1976. Much of the old was destroyed; nothing new was created.