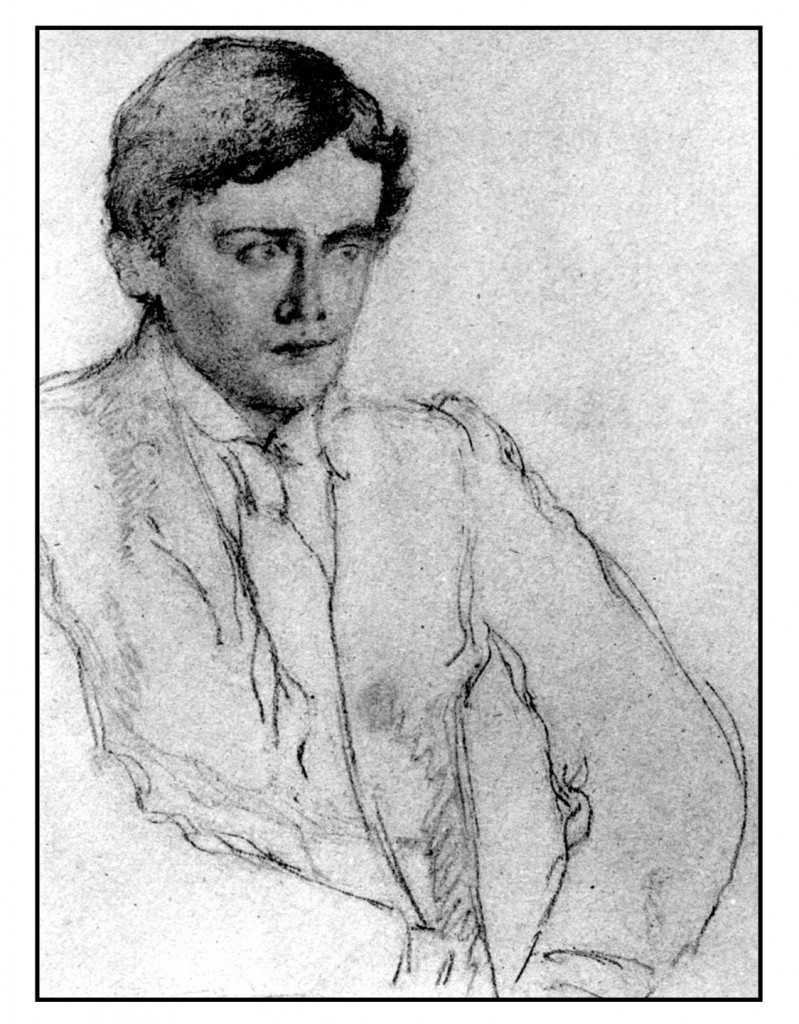 Sketch of Ernest Dowson by William Rothenstein in early 1890s

Ernest Dowson was born in 1867 into a prosperous family in London. His father owned a dock, but had more interest in literature than in business. Ernest spent two and a half years at Oxford, but he did not take a degree, leaving in 1888. The dock fell into debt, and the family became poor. His father took his own life in 1894, his mother following suit a few months later. Ernest Dowson became a homeless, alcoholic poet. He consorted with prostitutes. His most famous poem recalls the shadow of an earlier love: