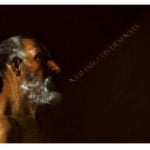 Everyone knows the story of Job. A righteous man is tested by God. All that Job owns is taken away, all his children are killed, and he is struck down by disease. Job’s friends advise him to seek God’s forgiveness since he must have somehow offended Him. However, Job insists on his own righteousness. He does not repent. He demands an explanation for why he is being unjustly punished. An angry God appears unto Job in a whirlwind. He proclaims His workings to be far beyond the understanding of Job. He talks of Behemoth and Leviathan. He castigates Job’s friends. He grants Job happiness and prosperity. He neither explains nor justifies what happened.

Everyone knows the story of Job. No one fully understands its meaning.

END_OF_DOCUMENT_TOKEN_TO_BE_REPLACED

Over five thousand years ago the Neolithic people of Britain began to erect a monumental stone structure known as “Stonehenge” on the Salisbury Plain. The name likely means “hanging” or “suspended” stones. The structure underwent several changes over the years of its construction, reaching its final form around 2000 BCE.

The stones are of two kinds. The largest are the sarsens, which have their origin in the hills about 40 km north of Stonehenge. The word “sarsen,” first used at the time of the Crusades, comes from “Saracen” and essentially means “pagan.”

The smaller bluestones come from the Preseli Mountains in Southwest Wales 240 km away. Most archaeologists currently believe that these were transported across the Bristol Channel and then overland to Stonehenge. The bluestones may have been used in several ways during the different periods of construction. In the final form of the monument they are arranged within the outer circle of sarsens and within the inner horseshoe of larger sarsens.

The monument has long been a symbol of ancient Britain. Over the years, however, our understanding of it has changed radically. This posting considers how Stonehenge has interacted with the British imagination. Because of its striking appearance, images are given as much space as words.